Menopause can manifest naturally or be induced artificially by hysterectomy, other major medical interventions or traumatic life events wether physical or emotional. If it manifests before the age of forty it is considered premature. If it starts between the ages of 48-55 it is considered normal. The cessation of menses is due to decreased ovarian function and the natural decline in follicle numbers. Oestrogen and progesterone gradually decrease until the menses completely cease. Some women suffer postmenopausal symptoms that may last well into their late 50’s and 60’s.

Remember, menopause is not a disease and it need not be treated as one. It is a natural process of change, and does not need to be such a burden. Have you ever wondered why each woman exhibits a different combination of symptoms and with varying intensities? The presentation of Menopausal symptoms is as unique as the person who is going through the process.

Chinese Medicine is well equipped to differentiate the varying landscapes of each symptom combination as it presents in different women, and most likely deal with your individual presentation by supplementing that which has become deficient or ease that which is excessive (more on that later). Chinese Medicine, particularly with the use of an individually prepared herbal formula has the capacity to ease the Chinese defined underlying causes. It is the underlined cause and not just the symptoms that are important here, managing the cause works at easing the symptoms and maintain wellness during this process of change.

In practice, the Chinese Medicine the Practitioner asks very specific questions and takes a detailed history, charts out each of the presenting symptoms and observes the tongue and feels the 12 positions of the pulse that provide a deeper understanding of the underlined cause for the presenting symptoms. Note how all the gathered information is triangulated, confirmed and reconfirmed, until an accurate Chinese diagnosis is reached and only then a treatment is devised. Based on the specific diagnostic outcome, a combination of herbs are artfully combined to handle your individual manifestation of menopausal symptoms, with much regard given to your own individual constitution, digestive issues, medical state, medications that you may be on and the personal nature of presenting symptoms. Taking an off the shelf herbs may or may not help the symptoms as it may not necessarily address the underlined issue that Chinese Medicine is designed to unravel and treat.

A bit about Chinese Medicine

Chinese Medicine is 5,000 years wise. Its science is not exclusive in nature, but rather inclusive. It doesn’t look at how the bits form the whole, but rather how the whole manifest its bits. It isn’t better or worse than conventional science or medicine, it is different and just as valid as the other. It is inclusive, as it does not segregate the mind or emotion from the physical whole. It sees the whole person and treats the person as a whole. Traditional Chinese Medicine is as holistic as Medicine gets.

Chinese Medicine employed a concept of relativity from its inception. It never assigned a zero to its measure, it looks at the relative comparison of things, It allows for flexibility as it observes things in their natural state of flux, just as nature, naturally is. Western science needs to isolate parts of the whole in order to study them, Chinese Medicine observes naturally occurring relationships in their relative state of being, and therefor the concept of zero cannot be assigned. Chinese Medicine is its own science that evolved from a different set of givens. It draws its conclusions and devises its diagnosis based on its own method, and treats that very condition from within its own system.

The concept of ‘Vital Energy’ pertains to the vitality of the whole body. This vital energy is stored in the organ that we name the Kidney. In Chinese Medicine, the Kidney Jing (essence) is the basis of life that naturally declines with the passing of the years. The speed or nature of decline is directly affected by the way we live our life, by our diet, how much we rest or work, our level of sexual activity and stress. Interruption to vital energy through the course of life may be due to accidents, ill health, necessary or unnecessary operations, drug abuse, alcohol, accidents and genetic predispositions. Some things are avoidable, and others are not so.

I will keep it simple for this blog, so it does not turn into a book. The concept of Vital Energy in Chinese Medicine is seen as the interaction of two opposite forces (much like the opposites of night and day, or the interaction of fire and water. Simply stated- the Yin and The Yang. Yin pertains to coolness, the more feminine nature of things, night time, softness and gentleness and moves inwardly, while the Yang is a concept that pertains to heat, male energy, to daytime, firmness, outward expansion etc. Yin and yang like black and white define each other and are only what they are due to their opposite state. An imbalanced or rapid decline of the Yin essence (common in women) will lead to a lack of control over its Yang counterpart. Being unable to control or hold its warmer counterpart in check gives rise to Yang phenomena, such as rising heat and therefor flushes, unsettling of the mind, palpitations, anxiety, sleeplessness and vertigo.

Yang energy and heat rises as a result of the Yin’s decline as often happens at this stage of life and hence its inability to hold the Yang as an equal. If there is a lack of body fluids (yin), it stands to reason that the fire will rage with the lack of its opposite to old it at bay. This fire rages until it too burns out, and that is when symptom may change to their opposite state. An opposite presentation with a deficiency of Yang will cause symptoms of coldness, oedema, fatigue and depression. There are several other reasons that bring about menopause-like symptoms. Other reasons for these manifestations may include turbid fluids that stagnate in the body or a state where emotional factors trigger a raging state of heat in the liver organ. The way symptoms manifest reflect the cause of the manifestation.

The role of Chinese Medicine is to balance the whole being. Often, the Kidney energy (Qi) needs to be addressed, as it acts as a catalyst for all other functions in the body. It supports digestion, which may also be affected through this time of transition and lead to weight gain, diarrhoea, fluid accumulation and oedema, all of which may be seen as part of the menopausal landscape.

Chinese medicine happens to be very effective in supporting the whole body and state of mind during Menopausal changes, it enables the whole process to be managed naturally as it supports the body’s essence and reduces the resultant symptoms. Chinese Medicine does not replace hormones; it focuses on achieving natural homeostasis by supplementing Yin, body fluids blood and other essential essences.

In addition, Acupuncture is also a powerful approach that regulates the meridians involved in the movement of energy within the body as it carries vital substances around the body. It has a fantastic effect on calming the mind, reduce anxiety and other menopausal symptoms. As expressed above, herbs are particularly important here, as they work deeply to restore Yin essence and ensure that the rising Yang does not overburden the body or further deplete body fluids.

Chinese Herbal Medicine can ease the burdens of the Menopausal process. Manage symptoms and naturally enhance wellness in the process. Support the body through these changes in a gentle, yet powerful and congruent way.

The New Location is Beaming with excitement

The New Location is Beaming with excitement 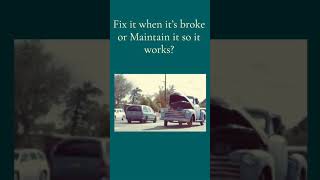 Fix it when it's Broke or Simply Maintain it so it Works....

Prevention Vs Cure - The way to better health

Chinese Medicine Terminology and why it differs so much